Corrosion: what it is and its prevention through corrosion management systems 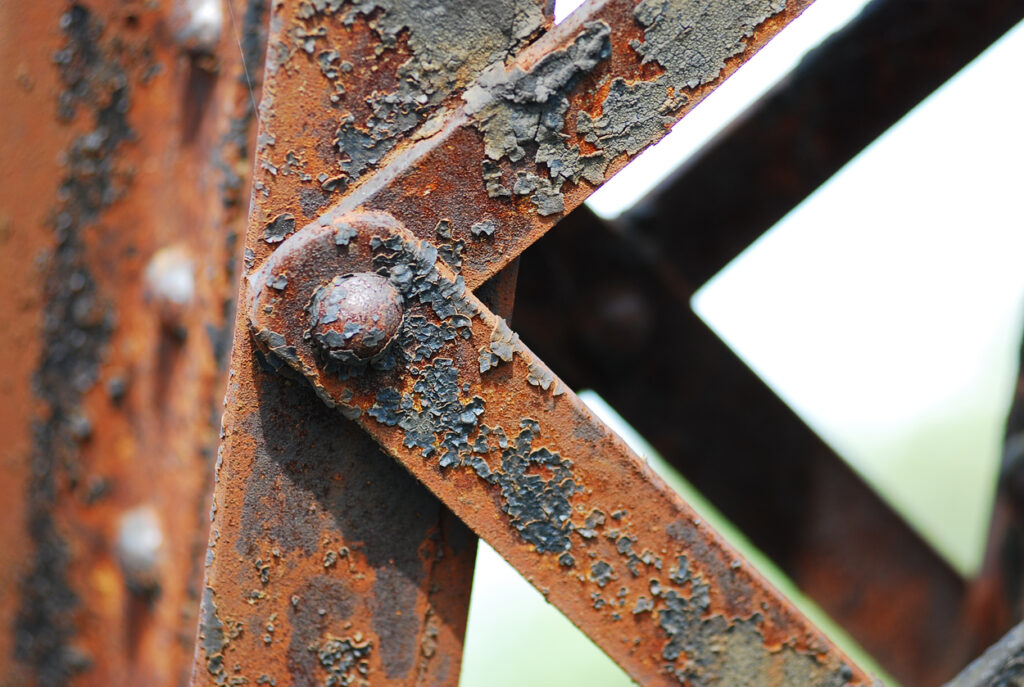 Corrosion is the chemical and physical deterioration of a material (typically metals and related alloys, but also polymers and ceramics) because of its chemical and/or electrochemical reaction with its surrounding environment.  Corrosion represents a primary problem in a wide range of applications, from massive marine structures and aerospace constructions to electronics, including telecommunications, networking, electronic components, industrial and consumer electronics.

The global cost of corrosion exceeds $2.5-trillion annually, or 3% of global gross world product, while leading to an enormous and uncontrollable environmental footprint.

Uniform corrosion is the effect of chemical and/or electrochemical reactions that cause the material to be consumed while forming oxides or other compounds over large visible areas. These reactions progressively and uniformly reduce the thickness of the materials, until they are dissolved entirely.

Did you know facts

Corrosion is often the cause of devastating collapses of bridges, including Morandi Bridge in Genoa, whose corrosion monitoring and maintenance of cable has not been adequately performed.

As of today, the most efficient methods for corrosion protection are those referred as “cathodic protection”. The metallic structure is protected by establishing an electrical connection with a less noble metal placed in the same electrolyte (the “sacrificial anode”), which is corroded due to galvanic corrosion. The sacrificial anode is usually a metal (such as magnesium or zinc, in the case paints), whose corrosion could liberate dangerous metallic ions in the electrolyte, thus potentially putting a threat on the local wildlife.

Other methods include impressed current cathodic protection, that uses an electrical generator to impress a current to the metal-electrolyte system, which is opposed to that given by the corrosion mechanism. This method, although being the most efficient, is usually very expensive, requires extra-maintenance costs and is not applicable to already existing structures.

Corrosion protection is a topic of great interest for the modern industry that is always looking for innovative solutions to enhance material performance and characteristics. Thanks to their properties, such as excellent impermeability to corrosive gases and electrolytes, high mechanical properties, and chemical and thermal stability, Graphene and Hexagonal Boron Nitride incorporated within a polymeric protective coating can act as special anticorrosion additives.

Their two-dimensional morphology intrinsically represents an extraordinary physical barrier, making the path of the electrolyte through the polymeric coating “more tortuous”. They reduce the propagation of cracks within the polymeric matrixes, improving the reliability of traditional anticorrosion coatings and reducing the occurrence of localized corrosion phenomena.

The electrically insulating nature of Hexagonal Boron Nitride intrinsically eliminates potential sources of galvanic corrosion. Meanwhile, electrically conductive Graphene can maximize the utilization of sacrificial additives, such as Zinc, in both organic and inorganic coatings, reducing their content in the final formulations while maintaining adequate electrical connections between particles. Both these approaches are also useful to reduce the environmental footprint of the corrosion protection system.

Let's get in touch

Give us a call or drop by anytime, we endeavour to answer all enquiries within 24 hours on business days.

Fill in the form below or give us a call and we'll contact you. We endeavour to answer all enquiries within 24 hours on business days.
We use cookies on our website to offer you the most relevant experience by remembering your preferences and repeat visits. By clicking on "Accept" you consent to the use of ALL cookies. However, visit the cookie settings to be able to provide controlled consent.
Cookie settingsACCEPT
Manage consent

This website uses cookies to improve your experience while you navigate through the website. Out of these cookies, the cookies that are categorized as necessary are stored on your browser as they are essential for the working of basic functionalities of the website. We also use third-party cookies that help us analyze and understand how you use this website. These cookies will be stored in your browser only with your consent. You also have the option to opt-out of these cookies. But opting out of some of these cookies may have an effect on your browsing experience.
Necessary Always Enabled
Necessary cookies are absolutely essential for the website to function properly. These cookies ensure basic functionalities and security features of the website, anonymously.
Functional
Functional cookies help to perform certain functionalities like sharing the content of the website on social media platforms, collect feedbacks, and other third-party features.
Analytics
Analytical cookies are used to understand how visitors interact with the website. These cookies help provide information on metrics the number of visitors, bounce rate, traffic source, etc.
Advertisement
Advertisement cookies are used to provide visitors with relevant ads and marketing campaigns. These cookies track visitors across websites and collect information to provide customized ads.
Others
Other uncategorized cookies are those that are being analyzed and have not been classified into a category as yet.
Save & Accept
Powered by