From Italy the solution that improves the capacity of lithium batteries

From Italy the solution that improves the capacity of lithium batteries

Intervention of Prof. Pellegrini on Radio 24

“They will allow to increase by 30% the autonomy of electronic devices and later of electric cars: they are the lithium-silicon batteries, and they are about to become a reality thanks to the work of IIT in Genoa and… and the addition of a pinch of graphene. The potential of lithium-silicon batteries (an evolution of today’s lithium-ion batteries) has been known for years, but the problems of durability were equally well known: a few charge and discharge cycles, in fact, made them unusable. The problem now appears to be overcome thanks to the work done at the Grafene Lab of the Italian Institute of Technology; work coordinated by Vittorio Pellegrini and merged into a spin-off called BeDimensional which, together with VARTA, is now bringing the new generation of batteries to the market”. 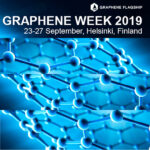